WATCH "BEYOND IDENTITY IN ACTION"  > View Demo Video
WHY PASSWORDS STINK  > Download Whitepaper
Investigate why passwords are fundamentally insecure and new secure authentication methods that are frictionless for end-users and easy to implement with an existing identity and access technology stack.

Watch ShieldX Demo Video  > View Video
ShieldX Elastic Security Platform Technology Paper  > Download Whitepaper
Technology infrastructure is evolving quickly and changing everything. DevOps and cloud architectures (Software as a Service (SaaS) and Infrastructure as a Service (IaaS)) have started to show the cracks in the existing security foundation. Historically security was done mostly by fortifying the perimeter of the network, assuming that the adversaries were largely external. That architecture is no longer e ective, as there is an incongruity between the physical datacenter boundary and virtual perimeters. Those new perimeters can take up any size and shape and change at cloud speeds making it impossible for traditional security to keep pace. Additionally, the security controls o ered by cloud vendors are less mature than traditional options and are often no match against advanced attacks hindering secure cloud adoption.

Watch Splunk's Demo Video  > View Demo Video
How Splunk Can Drive Your Data Strategy in the Fight Against Financial Crime  > Download Whitepaper
Fighting financial crime is tough. Building a solution that addresses financial crime can be a lot tougher. The secret to tackling financial crime in the digital age lies in the data, so it’s imperative that you develop a data framework that’s as comprehensive as cybercriminals are persistent.

WATCH XM Cyber's 3 Minute Demo  > View Demo Video
Automated Breach and Attack Simulation: The Cost and Risk Reduction Revolution is Here  > Download Whitepaper
Chief information security officers (CISOs) are facing the biggest challenge of their careers: building resilient, impenetrable, and user-friendly IT environments in their organizations. Businesses have a growing number of endpoints connected to their devices. Frost & Sullivan estimates that there were 2.32 billion endpoints globally in 2019. 1 For an enterprise, the sheer volume of endpoints connected to its network expands its attack surface; keeping track of these endpoints is an enormous task f or security teams. 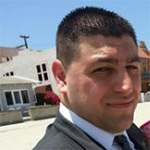 Zero Trust and Software Defined Perimeter  > View Presentation
T-Mobile’s Zero Trust and Software Defined Perimeter (ZT/SDP) initiative is about evolving our security culture and controls from an archaic “Castle Walls” perimeter-based strategy to a next generation security strategy where we intentionally assume our adversary is already inside the castle—on the network—and yet we should be able to strip away any tactical advantage the adversary would have. Join in the discussion as we learn how T-Mobile is driving this game changing Defense in Depth, which requires a Software Defined Perimeter where they can cloak end user applications to a stealth mode, invisible and unreachable by attackers.