This project successful eliminated all credit card (CC) data in affected systems by deploying Point to Point encryption (P2PE) and Tokenization. Using these two solutions the affected systems no longer see, process, or store CC data, protecting Caesars from breach or theft of that data. P2PE encrypts the CC numbers at the swipe preventing any memory scrape risks and tokenization replaces actual CC data with a token, randomized 16-character alphanumeric representation of the CC data.

The project was focused on transforming how application security was managed for DaVita HealthCare Partners’ complex ecosystem. The goal was to move from a one-man operation into a fully integrated program, built on a single platform that could scale with the business needs.

By May, 2015, DaVita has brought the software development lifecycle (SDLC) for 18 applications under automated security assessment, trained 90 developers around the world, established a secure mobile program, put a system in place to ensure that all third-party application used by DaVita HealthCare Partners are secure, and actively monitors all 141 of the company’s associated websites.

In a climate where risks around credit card data breaches are higher than ever, the Live Nation Security & Compliance Team was challenged with securing and maintaining PCI compliance for hundreds of millions of credit card transactions, and tens of thousands of assets in a vastly decentralized organization with multiple divisions operating around the globe. Having launched a successful program in North America that could be repeated year-over-year, the Live Nation team started an initiative to create a sustainable program framework, methodology, and processes to introduce to the company’s International markets for consistent application of policies, controls, and tools. 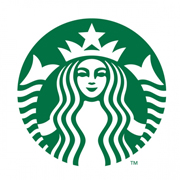 The Service Transformation Program was implemented to enable scalability and foster agility in infrastructure and security. This broad initiative deals with security and core infrastructure components in a highly virtualized environment with the goal of standardization of commodity services around network and storage. The final phase will extend the program out of the private environment into the Cloud.

Visa pioneered the creation of a full-scale secure software development life cycle (SSDLC) process through close collaboration between its security and application development practices and a range of hardware and software technologies. In addition to an iterative design, testing, and review process and traditional firewalls, the team sought to include runtime application self-protection (RASP). Specifically, they incorporated a built-in capability that improves security for applications and prevents threats in production environments. With Visa’s vision and the help of an application security technology company, effective runtime security was developed into several programming languages – protecting corporate assets and users across many applications.