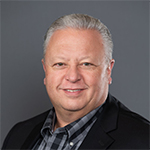 Industry award programs were the furthest thing from my mind – until I attended an ISE® award ceremony as the guest of one of my senior team members. With video vignettes of the nominees and clock-work orchestration of the presenters and visuals, the ceremony was a TV-production worthy event. The glitz and glamour made the event seem like an Academy Award show for information security professionals. I was so impressed with the people and how much the awards meant to everybody, that I thought to myself, “I want to play in this arena.”

What appealed to me about the ISE® Award was that it focused specifically on the information security professional – unlike other award programs that have a more commercial purpose. The award was truly about the accomplishments and success of the nominee. Still, I might not have submitted a nomination if it weren’t for the support of one of my technology solution providers. I didn’t believe that I had done enough to stand out from the rest of the nominees. My vendor thought otherwise, and drafted the nomination. When I reviewed it I thought, “Wow! This sounds really good. I did do these things. I guess I just took it all for granted.” All doubts and reservations removed, I approved the nomination.

I was completely surprised when they called me to the stage to accept the 2008 ISE® Southeast People’s Choice Award. To be recognized by one’s peers is a great feeling. What made me feel even better, however, was the ability to involve my team in both the forum and the award ceremony. To have them there to see me give them credit for what we had accomplished as a team was an extremely positive experience. We all won the award that day, not just me.

The greatest benefit that came from winning the ISE® Award and participating in the T.E.N. Executive Forums was the massive set of doors that it opened for me to network with other security executives. It gave me the visibility and credibility to where I could call CISOs at Fortune 20 organizations with questions or issues, and collaborate on ways to make all our lives easier.

Winning the ISE® Award also increased the awareness of information security within my company. The company did a lot to internally publicize the award. The recognition helped both employees and management to see us as professionals intent on protecting the company instead of a renegade, rag-tag band of security guys that wanted to stand in the way and say “no.” The increased awareness elevated the importance of information security and helped to open lines of communication. By being recognized within the industry, we became recognized and more empowered within the organization.

When I look back, so much would have been lost because I didn’t think I had enough accomplishments to nominate myself. No matter where you think you might be on the continuum of superstar, no matter what you think you haven’t done, submit your nomination and give it a try. If nothing else, the process gives you an opportunity to realize all that you have accomplished and you will have grown by nominating. Even if you don’t win, the opportunities for networking are boundless. The relationships you’ll develop – nothing less than invaluable.