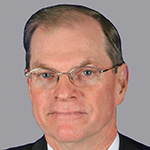 When I won the ISE® Luminary Leadership Award five years ago, it came to me as a complete surprise. I was attending ISE® North America in Washington, DC. I had been to a number of events put on by T.E.N. and other ISE® Award Programs, but the Luminary Award was relatively new. I had no idea that I had been nominated for the award, so when my name was called I felt shocked, excited and honored to win. There were a number of people in the room with whom I had had worked and that I highly respected in the industry -- people who I thought may have even been more deserving of the award than me, which is a very humbling experience.

Winning the ISE® Luminary Leadership Award has allowed me to continue to expand my professional network. It has helped me to open doors and gain exposure in the security community.  However, one of the biggest benefits has been the opportunity to participate as a judge and ISE® Industry Expert. For me, it was a very easy decision to join the team so I could share my knowledge, but also learn from others, which is the best part. Clearly T.E.N. attracts the best talent, has top notch people and has the best network of any of the security networking organizations. Like a lot of other professions, security changes quite significantly at a quick pace. Networking with leaders in the security industry has provided invaluable insight about current security threats and what professionals are doing to address them. There has not been a single event that I did not learn something about what people are doing to protect our environment, and in security, learning is a lifelong activity.

Being a judge has given me an opportunity look depth at others’ careers to understand what is motivating and driving them, which is inspiring to me. By looking at the projects, I have learned a lot about what the teams have been doing and what success looks like to them. Judging has given me a real respect for the process. The ISE® Awards are very inclusionary, very open and transparent. During evaluations, everyone speaks their mind and the voting is very fair. Sometimes producing a winner is very tight and and in some cases it is very obvious, but it is probably one of the most fair processes I have participated in.

I would definitely recommend getting involved in the ISE® nomination process to a colleague. The ISE® Awards are a great opportunity to be recognized. It is a great field of people to network with. As a judge, I would recommend to look at the application form very carefully and consider all of the elements before you submit it.  Be very mindful and make sure you complete the form. This may sound small, but incomplete answers could put you out of contention.

I love when people are humble; I think that is a very good characteristic. But do not let your humility prevent you from giving yourself a shot. Security is a very broad field and there are very few people who have the knowledge in every area or outstanding marks in every category, so don’t feel like you cannot submit a nomination if you cannot check every box. Be clear what you have done in your career and make sure it is written in a professional manner. Throw your hat in the ring and let us recognize you! Best of luck during the ISE® nomination process.